Share a memory
Obituary & Services
Tribute Wall
Read more about the life story of Angela and share your memory.

It is with deep sadness that the family of Angela Hooper announce her sudden passing on Wednesday January 18, 2023 at the Portage General Hospital, Portage La Prairie, Manitoba.

Angela Irene Hooper was born on June 16, 1968, on a “Father’s Day”.  She was the second daughter of Earle and Phyllis Hooper (Baker).

She attended Gladstone Elementary School, and William Morton High School.  She was a member of the Gladstone 4-H club.

As a child, she and her Dad would go fishing at Sportsman’s Corner in Westbourne, Manitoba.  Over the years, the fishing stories got bigger than the fish they caught.

Angela would spend many happy hours with her mother in their large garden and in the kitchen preserving the vegetables they picked.  She loved animals but she was especially fond of cats and dogs.  Angela enjoyed helping her brother Vincent when he was attending a Canadian Kennel Club Dog Show.  He would enter his purebred golden retriever dogs from Sunnybank kennels.  All her life Angela always had a pet cat, some of them were Tiger, Pansy, and Snuggles.  Angela had many interests and hobbies which included crossword puzzles, camping, fishing, gardening, bingo, her pet cats, and long walks along Crescent Lake.  She liked helping her senior neighbors with any little job they could not do for themselves.  Angela enjoyed our family Saturday night card games.  She also took delight in a challenging game of cribbage.  She liked all kinds of sports, but baseball and hockey were her favorites. When Angela was in school, she played a lot of baseball.

Angela was baptized and confirmed in All Saints Anglican Church, Gladstone, Manitoba.  Angela’s faith was very important to her, and she would regularly go to church.

Angela was a beloved daughter, sister, aunt, and friend.

Angela was predeceased by her father Earle Hooper, brother George in 1969, grandparents Robert and Anna Hooper, grandparents Sydney and Mariam Baker, uncle Leo Baker, and all the aunts and uncles o the Hooper side of the family.

So, rest well dear sister, no more pain you will see.  You’ll live on in our hearts and memories.  You’re finally set free.

A Celebration of Life to be held at a later date. Time & Date to be announced.
Online Memory & Photo Sharing Event
Orders begin printing on February 3
Online Event 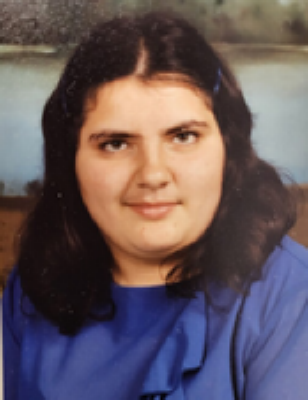