Share a memory
Obituary & Services
Tribute Wall
Read more about the life story of Mildred and share your memory.

It is with heavy hearts we announce the passing of Mildred Iris Fischer.  Mildred passed away on Friday January 20, 2023 at the age of 85 years, with her family by her side.

Mildred was the first and only surviving child, of Arthur and Mildred Ripley.  Iris attended school and worked at the telephone office in Plumas before marrying Dick on August 5, 1955.

They lived with Charlie Fischer on the farm and started their family of three daughters, Cheryl, Thelma and Joan.  They then purchased a parcel of land a mile Northwest with a creek running through called Jumping Deer where their fourth child son Raymond was born.

The family lived in a two-storey house until the 1970’s when they purchased a Nelson Home package, which was assembled on site.  Iris was a hard worker with mixed farming, along with a large garden to feed the family of six plus anyone else that came along at mealtime.  Mom was an avid sportsperson being very fond of curling and baseball both playing and coaching.  She even liked to golf and bowl along with camping and fishing with family and friends.

Retiring in 1988, to town where they build a new home, unfortunately with Dick’s sudden passing in 1989, Iris became a widow at the age of 52 years.  She dearly missed Dad, so she busied herself at becoming a Health Care Provider, caring for clients in and around  Arden, Gladstone, and Langruth.

Iris became close friends with Bob Watts in 1995 and spent time camping and travelling with him until his passing in 2004.  Mom continued living in Plumas until 2020 when she moved to Centennial Apartments in Gladstone.

She dearly loved all her family gatherings and could be sure to be found watching her grandchildren at many of their curling, hockey, baseball and swimming events. Mom was also active in Red Hats, Plumas Ladies Curling Club, Plumas Lionels & the Plumas Legion # 189.

Iris was predeceased by her infant sister, husband Dick, parents and her parents in law, numerous brother and sister in laws, nieces, nephews and cousins.

The family would like to thank All of mom’s Home Care Senior Support Staff in both Plumas and Gladstone, as well as the doctors and nurses in Mobile Clinic, Portage, Gladstone, Neepawa, Brandon, and Seven Regions Palliative Care for all the excellent care over the last few years.  And last but not least all her family and extended family, cousins, neighbors and friends for visits, phone calls, rides, luncheon dates…

Mom always said the food tastes so much better when you have someone to eat it with. 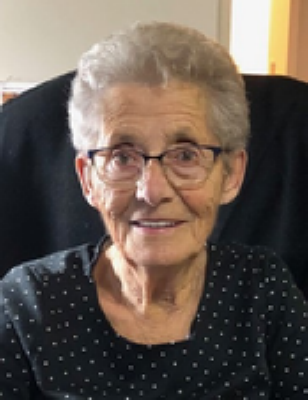 
Family and friends are coming together online to create a special keepsake. Every memory left on the online obituary will be automatically included in the book.

To a Charity of one's choice