Share a memory
Obituary & Services
Tribute Wall
Read more about the life story of Ronald and share your memory.

Having lived his entire life on his beloved Varmland farm, Ronald Kalberg passed away there suddenly on Sept. 10, 2020, at the age of 87 years.

Ronald was born to Arthur and Daisy (Longstreet) Kalberg on Nov 7, 1932. He went to the Image Hill and MacGregor schools, then farmed at home, raising Shorthorn cows as well as a small Holstein dairy which lasted almost 50 years. In 1971 he married Mary Sprott from Minto, Manitoba, and together they raised 3 daughters – Kathleen, Sharon, and Elaine.

His community interests began in his youth with involvement in 4-H, which continued for many years. As an adult, he belonged to several farm groups over the years, including KAP, the MB Milk Producers' Co-Op, the North Norfolk Ag Society, and the MB Ag Hall of Fame. He was named a 'Legend of the Breed' by the Canadian Shorthorn Association.

Politically, he loved a good debate, and supported the Liberal party, both federally and provincially. He was granted a lifetime membership in the Liberal Party in Manitoba, which in this area often led to much animated kibitzing.

He was a member first of St Steven's Church at Bagot, then of MacGregor United Church, serving on several boards and committees.

Throughout his life, he was an avid learner, keenly interested in history. He enjoyed reading war stories, political memoirs, and biographies of Indigenous leaders. He had an impressive memory for local facts and history, and he was a storehouse of information about who was who and where they lived. In his later years he also followed history on television, along with sports, news channels, and his latest fix, CNN. From CBC radio, he learned so much about the wider world.

He loved old-time music and enjoyed dancing while his knees permitted. Live theatre was always a treat for him, and he enjoyed traveling to PEI to catch a ceilidh or to Edmonton to take in his granddaughters' Fringe performances (oh, and maybe sneak in a visit with family living there, if the performance schedules allowed).

Ronald was a community supporter and natural visitor. He was amazed at his good fortune to meet so many fascinating people, both through his many interests and from living 'by the side of the road'. He cared about those around him and always found ways to include them. He loved his Saturday morning breakfasts and coffee times with the guys, Wednesday morning golf, and curling in the Burnside league.

Ronald was predeceased by his parents; his infant brother Stephen; and his brothers-in-law Donnie Wright, Owen Sprott and Brian Hammond. He is survived by his wife Mary; his daughters Kathleen Kalberg (Pat Johanneson); Sharon (Cyrus) Weber with daughters Juliana and Gracie; and Elaine (Aaron Cuddeford) MacDonald with children Matthew and Emma; his sister Isobelle Wright; in-laws Marg Hammond, Norma Sprott, Tom (Janice) Sprott and several nieces and nephews. He was especially grateful for the help given by Isobelle's family that enabled him to keep farming to the end.

Due to the current health situation, we will be adhering to COVID protocols. For those who are unable to attend, a video recording of the service will be available through Clarke's Funeral Home website. 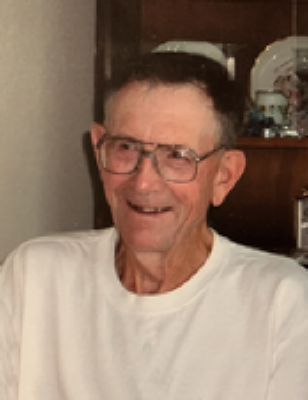